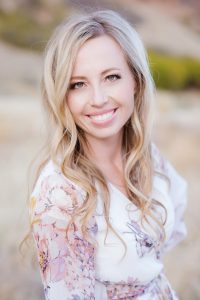 I’m Terra Cooper, the Chair of United for Adoption. I’m an adoptive mother and a fierce advocate for ethical adoptions. I strive to be an advocate for everyone around me. My time and energy is often spent on various issues and causes. I believe that there is room for everyone and the more perspectives we have an opportunity to learn from, the better. You should use your voice to elevate the voices around you that may not be heard. I tend to be impatient-which to me, just means I get things done. I live in the moment. My weakness is Ben & Jerry’s- which I eat almost daily. My Harry Potter obsession can be a bit…Riddikulus. I have done many marathons-well….Netflix marathons. I love meeting new people, especially in the adoption community and hope to be connected with you! 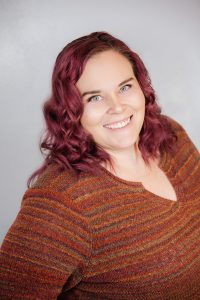 Hi. I’m Alysia and I’m a birth mom. You will often find me singing karaoke in my car to Prince, NKOTB and Queen. I think of myself as an empathetic friend with a flair for sarcasm. I love watching some fist bumping Jersey Shore full of GTL, although going to the gym, tanning or doing laundry is not my idea of a good time. My happy place is floating on the lake during the day and listening to the campfire crackling at night. I love cooking pasta sauces-all of the pasta sauces-I mean I am half Italian, can you blame me? I believe in loving my neighbor and I try to advocate for anyone in need. My passion is promoting ethical adoption practices. If that is something you are passionate about, I’d love to connect!

My name is Disney Peterson. I’m an adoptee and absolutely love everything about adoption and what it provides for everyone involved. I’m a wife and mother to two rambunctious boys. I spend most days chasing them around. I enjoy a good wholesome kitchen dance party, followed up by a loud and off key karaoke session. Working out is my therapy and being a mental health advocate is one of my passions. I love that I get to be a part of this wonderful organization and be more closely connected to the adoption world. 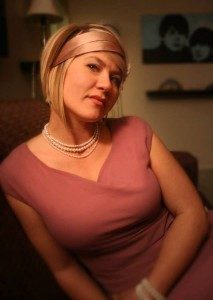 Tamra Hyde was raised in Memphis, TN, the second of 8 children. She enjoys dance, travel, hiking, shopping, live music, documentaries, ice cream, and her 15 nieces and nephews. Her interests include fashion, natural nutrition and medicines, and primitive/wilderness/sustainability/survival skills.
Her adoption story began May 15 of 1996 when she sent her little boy home to his eternal family. Having placed so early in this new and evolving generation of adoption, agency policy dictated that her and her new friends would not be allowed frequent or long term correspondence, and they have been lost to each other for over 11 years.

Being a time when birthparents still met resistance in having a voice, Tamra was determined to be a part of representing the thus far under represented group and inviting hearts and minds to change. She is sad for what she’s missed and for all of the birthparents and adoptive families who were involuntarily estranged by the adoption system of the past but has been thrilled to watch and be a part of the evolution that has brought us greater understanding and opportunity. She is compelled to share with others the education that changed her life and made her instrumental in the forming of a family.
Tamra has served on local FSA boards, helped organize conferences and plan events, and facilitated expectant parent groups. She has shared her story in a video as well as the written word on Itsaboutlove.org, as a guest on a talk radio show for National adoptionMonth, over 58,000 times through 2 popular youtube videos, on her own blog, and in a brochure to promote adoption. Tamra has given presentations in high schools, ecclesiastical trainings, to congregations, MSW students, and at local, regional and national conferences. She has had an article published in The Exponent II and has been interviewed and quoted by The Ensign, Deseret News, her local newspaper, and many blogs. Tamra was recently the key note speaker at the FSA Southwest Regional Conference and in 2009 was honored by FSA with the Friends of Adoption Award. But her greatest reward has come from the relationships that have been built as she’s mentored or served with individual adoptive and birth parents.
Tamra is defined by her family, her faith, and her calling to be a birthparent and adoption advocate! 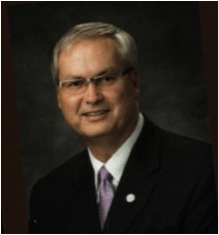 Steve Sunday, founder and CEO, has worked in the field of adoption for more than 30 years as a caseworker, supervisor and administrator. Currently he is President and CEO of Forever Bound Adoption and adviser to the adoption advocacy support organization, United For Adoption.
After graduating with his MSW in 1981 from Arizona State University, he has worked professionally in Arizona, New Mexico, New York, Oklahoma and Utah.

Steve was the project lead on the award winning Adoption, It’s About Love television and radio commercials in partnership with Bonneville Communications. He is a passionate advocate for the needs of children world-wide. In 2009 he was appointed to the board of directors for the National Council for Adoption. In addition, Steve serves on the board of directors for the Foster Care Foundation for the State of Utah. Recently Steve was named the adoption “Professional of the Year” for 2013 by the Utah Adoption Council.
Reflecting on his life’s work, Steve commented that it has been one of the choicest blessings in his life to be associated with the great work of caring for children and building families. Steve and his wife have seven children and eleven grandchildren.

Tiana is a highly creative and comical girl!

Adopting a Child with Prenatal Exposure

Is Adoption Still an Option for Me? An Expectant Mom with a History of Narcotic Usage