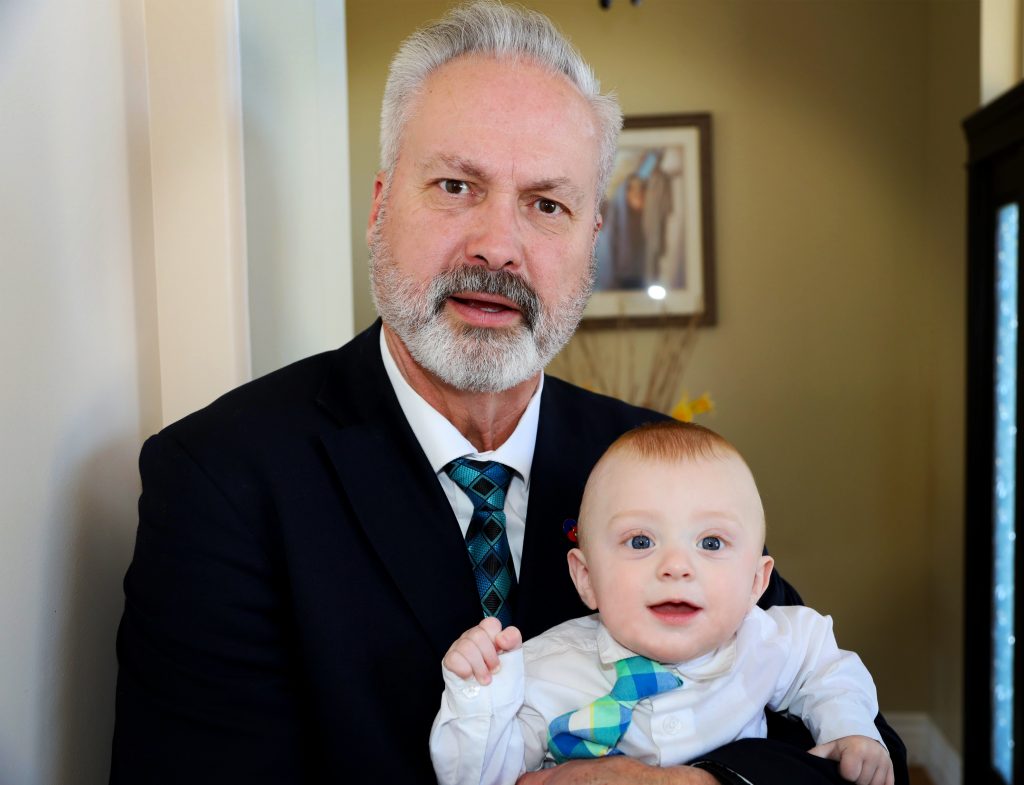 Steve has worked in the field of adoption for more than 35 years as a caseworker, supervisor and administrator. He is the founder and executive director of Forever Bound Adoption and is the founder of and adviser to United For Adoption, the national adoption advocacy support organization.

After graduating with his MSW in 1981 from Arizona State University, he has worked professionally in Arizona, New Mexico, New York, Oklahoma and Utah.

Steve was the project lead on the award winning Adoption, It’s About Love television and radio commercials in partnership with Bonneville Communications. He is a passionate advocate for the needs of children world-wide. In 2009 he was appointed to the board of directors for the National Council for Adoption. In addition, Steve served on the board of directors for the Foster Care Foundation for the State of Utah between 2009 – 2017. Steve was named the adoption “Professional of the Year” for 2013 by the Utah Adoption Council.

Reflecting on his life’s work, Steve commented that it has been one of the choicest blessings in his life to be associated with the great work of caring for children and building families. Steve and his wife Karen have seven children and many grandchildren. 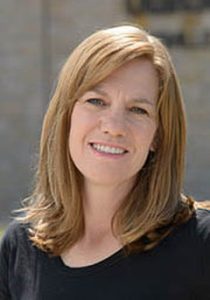 Susan serves as clinical faculty and Regional Campus Master of Social Work Program Coordinator at Utah State University. She is passionate about improving the welfare of children, strengthening families, and promoting human healing through direct social work practice, research, and systems change. Her special interests include adoption, foster care, and the prevention of child abuse. She was adopted as an infant and her husband Jim are the parents of six children, including twins who joined their family via foster care adoption. 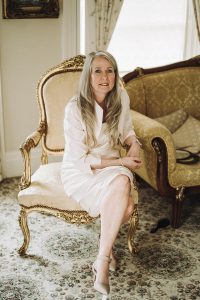 Kathy has worked in the field of adoption for over 25 years, with experience in international, private and special needs adoption. She is currently the Director of Programs for the Utah office of The Adoption Exchange. She also works part-time as a therapist at Wellspring Child & Family Counseling. She is passionate about finding homes for children waiting in foster care and providing services to families after adoption. She has served on various boards and presented at many conferences on a variety of topics. Kathy and her husband Ned are the parents of 11 children. Eight of their children joined their family through adoption. 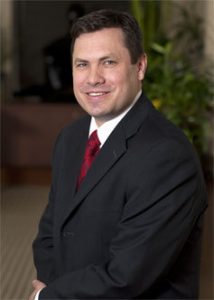 Lance is a shareholder at the law firm of Kirton McConkie in Salt Lake City, Utah and is licensed to practice law in Utah and Wyoming. Lance handles mainly adoption cases for adoptive parents, birth parents, and adoption agencies. Having adopted three children, Lance has a personal as well as a professional perspective on the adoption process. Lance graduated from the University of Michigan Law School where he was a Bergstrom Fellow and executive editor of the Michigan Journal of Law Reform. He earned his B.A. degree, magna cum laude, from the University of Utah. Lance is an active proponent of adoption and serves on boards of directors for United for Adoption, Utah Foster Care, and the Utah Adoption Council. He is also an active member of the American Academy of Adoption Attorneys and serves as the chair of the Academy’s agency committee. Lance has been a frequent presenter on a variety of adoption topics for conferences and seminars sponsored by organizations such as the Utah State Bar, the Utah Adoption Council, the National Business Institute, the American Academy of Adoption Attorneys, and the International Society of Family Law. 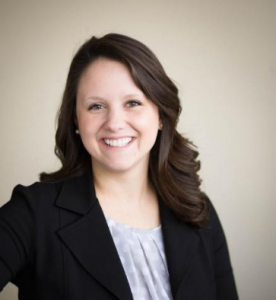 Liesl has her Masters of Social Work from UNC Chapel Hill and is a Licensed Clinical Social Worker in the State of Utah. She has worked extensively with birthparents, adoptees, and adoptive parents. She worked as the Adoption Program Administrator for Children’s Service Society of Utah and has served as a post adoption therapist, adoptive parent counselor, as well as expectant parent counselor. She has facilitated adoption education and support groups. Liesl has a certificate in advanced therapy with foster and adoptive families, is EMDR trained, and is certified in Trust Based Relational Therapy by Dr. Karyn Purvis of The Connected Child.

She is a transracial adoptive sister and has experience with foster care, open adoption, special needs, international, transracial, and kinship adoption. She is a fierce advocate for ethical adoption practices. Liesl was the Utah state representative for the American Adoption Congress, and has spoken locally and nationally on adoption related topics.

She has a passion for working with all who are touched by adoption. She enjoys camping and spending time with her family. 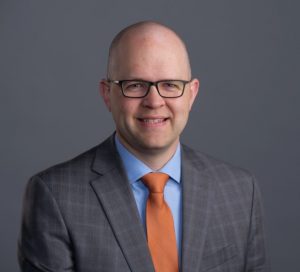 While completing a Bachelor’s Degree at the University of Utah, Dan came to Utah Foster Care as an intern with a great desire to learn about child welfare and increase his abilities as a social worker. During his time as a foster/adoptive family recruiter in two regions he has seen firsthand the effectiveness of a variety of recruitment efforts across a variety of communities and populations. Since that time he has completed a Master’s degree in Social Work from the University of Utah, coordinated Foster Parent Recruitment in Salt Lake and Tooele Counties and now, as Director, oversees all foster/adoptive family recruitment throughout the State of Utah.

For the last few years Dan has chaired a child-welfare committee aimed at improving the service delivery of the Division of Child and Family Services. He is passionate about finding good homes for children in care and considers it a privilege to work in such a great cause.

Other work experience includes substance abuse recovery and as a social worker and chaplain with a local hospice agency. When not working in the job he loves, Dan enjoys cycling, racquetball, rowing, never-ending yard work, volunteering through his church and spending time with his family. 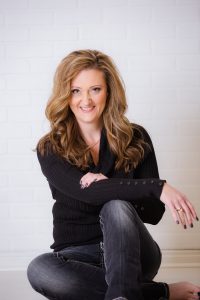 President of Life After Placement

Lynea Krukiewicz is a birth mother of 28 years reunited 15 years. She is the founder and president of Life-After-Placement, a non-profit birth mother support foundation that seeks to create awareness of women who place as contributors to the adoption community, not those who need rescuing and to provide resources for the mental anguish that placing can do to women. Her drive to show placement causes PTSD is gaining traction and she continues to speak on the damages it causes but also how to move forward in dealing with PTSD.
She is the Birth Mother representative for Utah Adoption Council and has worked to re-define the adoption laws in Utah to modern acceptance.

Lynea spends endless hours working with women seeking to place and those who have, helping them to navigate the years ahead in their lives. In her years as a birth mother, her experience has helped her to understand the trauma that happens to both the placing mother and child if processes go badly. Healthy outcomes are from honest relations with the child. Boundaries are also extremely important with all relations.

Working with parents seeking to adopt has helped her to better understand both sides of the process. Emotions run high and misinterpretations are common with the agreements made which needs to be massaged and mediated by calmer thinking individuals to help bring better understanding for all.

She loves camping and 4-wheeling in Utah. “Getting out and escaping the day-to-day pressures gives me a new sense of hope and allows me to ground myself by spending private time to work out things in my mind, something I seem to need constantly. 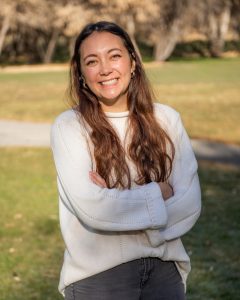 Justine is a certified social worker and completed her Bachelors in Social Work from Brigham Young University of Hawaii and her Masters of Social Work at Colorado State University. Justine has worked in a variety of settings engaged with serving kinship caregivers, adoptive parents, expectant parents, foster youth, and adopted children. She has worked with those in the adoption constellation in many points throughout the adoption process and has a great enthusiasm for providing compassion and support to all in this community.

In her personal life, Justine enjoys spending time with her husband and two young daughters, as well as baking anything sugary.

This artist, Brayden, loves to draw!

Braden Age 13 / Grade 8 Hobbies and Interests: Drawing, and magic cards Favorite Food: Alfredo with broccoli, and anything sweet. This

Thinking About Adopting Out Your Baby? 4 Resources to Simplify the Process

Investigating Adoption? Why It’s a Great Option to Build Your Family