In 1996, Fred M. Riley, then-commissioner of LDS Family Services, had a dream. His dream was to build a large adoption advocacy organization that would offer support to adoptive couples, adoptees, expectant parents, and birth parents.

As a member of the National Council for Adoption, Fred had witnessed the failure of many organizations to significantly include all who are affected by the process of adoption. He set out to create an enduring adoption advocacy agency dedicated to including all those who are touched by adoption. In 1997, along with a small group of LDS Family Services staff and select adoptive parents, Fred did just that. 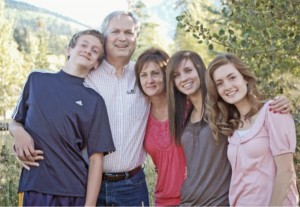 Families Supporting Adoption started off small with a mission to perform outreach and to provide education and support for those involved in the adoption process. The first Families Supporting Adoption conference was held in Salt Lake City in 1998 with approximately 80 attendees. In the years following, FSA became one of the largest organizations of its kind in the United States, consisting of more than 80 chapters and nearly 5,000 members. FSA had become a national presence. The organization was recognized by the National Council for Adoption, and other major agencies, for its efforts toward cultivating a positive image of adoption in the media and promoting adoption-friendly legislation, and for protecting the institution of adoption while promoting the belief that every child deserves a loving and caring home

Steve Sunday served as the head advisor to FSA from 1999-2011. During that time the organization saw much growth and successfully clarified the purpose and vision of the organization. Adoptive parent volunteers became a lead presence at FSA. Their efforts largely contributed to FSA becoming an organization that blessed the lives of all involved in adoption. Their endeavors positively impacted the lives of countless individuals and families. The final national FSA conference was held in August 2011. More than 800 people participated in the event.

In 2011, a change in direction led to the disbanding of the Families Supporting Adoption national board. With the loss of this national presence and united voice for adoption, Steve was determined to build a new organization with similar goals to ensure that adoption remained an attainable option for growing families. That determination resulted in the founding of United For Adoption.

At United For Adoption, our mission is to increase opportunities for expectant parents to be made aware of the option of adoption and to support them in their decision to choose adoption. We endeavor to cultivate a healthy and positive image of adoption in the media and to support positive legislation that will protect the institution of adoption for future generations. United for Adoption is an organization dedicated to continuing the tradition of supporting adoption, to improving the institution and practice of adoption, and to creating a gratifying experience for all involved.

Our new national board includes adoptive couples, adoptees, and birth parents who contribute their wisdom, knowledge, and skills toward securing adoption for future generations. Steve Sunday serves as the first advisor to our organization. Steve, along with our dedicated board member, is looking forward to a new chapter in adoption advocacy and the opportunity to provide support to all touched by adoption.

My name is Christina I am a 21-year-old birth mom who placed my daughter in the spring of 2017. I