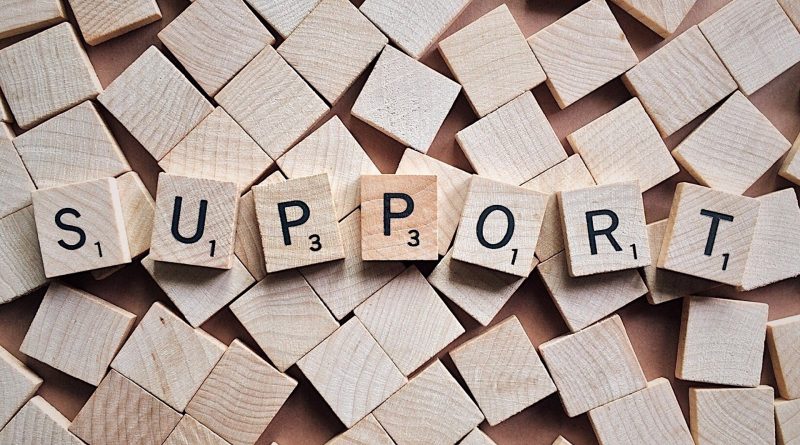 How to Support Expectant and Birth Mothers Throughout an Adoption

In the middle of balmy Georgia, Gabrielle Harmon found herself picking out baby clothes at a store with a couple who had traveled miles away from their home in Massachusetts to meet her. Within a matter of weeks, they would become her expectant daughter’s adoptive parents. “Being pregnant for nine months, you grow attached and the reality of ‘I’m giving up my kid to someone [living] states and states away from me,’ made me nervous,” Harmon said. “But it’s become easier after getting to know the adoptive family.” When Harmon and her boyfriend discovered they were expecting, they immediately knew adoption would be the right choice for them. Despite the ease with which they made their decision, Harmon described her emotional experience throughout her adoption journey as a “roller coaster.” Harmon isn’t alone. Many birth mothers who have relinquished their child for adoption experience an ambiguous feeling of loss, said Dr. Elissa Madden, an associate professor at the Diana R. Garland School of Social Work at Baylor University. In her study researching the relationship between time and birth mother satisfaction post-relinquishment, External link  Dr. Madden and her colleagues found that relinquishing a child for adoption can be emotionally difficult and isolating for some birth mothers. “Sometimes people don’t know about the pregnancy because the birth mother kept it a secret, or they believe she made the best choice.  It is common for people to believe that the birth mother should just move on with her life after the placement,” Dr. Madden said. “Because other people in their lives are not necessarily mourning with them, it’s something the birth mothers are often doing on their own.” For many expectant mothers, adoption can be a tough, but sometimes necessary choice that requires a strong support system. To provide that assistance, friends and families can learn more about what emotions expectant and birth mothers may experience during and after the adoption process so they can offer empathy and support. Adoption can be a tricky subject to navigate. MSW@Baylor asked Dr. Madden to share her advice on how to address the issue in a sensitive way that respects the boundaries of expectant mothers (i.e., women who are pregnant who have not yet relinquished their child) and birth mothers (i.e., women who have relinquished their child for adoption).

Why Do Birth Mothers Choose Adoption?

Dr. Madden said there are a variety of reasons, from financial to emotional, that expectant mothers choose adoption.

Lack of family support: Some family members withdraw emotional, logistical, and /or financial support after learning about the pregnancy.

Timing and resources: Sometimes, an expectant mother might already have children and not be in a position, emotionally or financially, to care for another child.

Lack of readiness to be a parent: Some expectant mothers may not feel prepared to bring a child into the world.

Nonexistent relationship with birth father: If the father is absent, some expectant mothers may find the prospect of caring for a child on their own too overwhelming.

Poor or abusive relationship with birth father: Expectant mothers may feel more reluctant to bring a child into a problematic or abusive environment.

While it may be helpful for family and friends to know why a mother has chosen to relinquish their child, the decision is intensely personal, and it should be up to the birth or expectant mother whether to disclose that information.

What Does the Emotional Journey for Birth Mothers Look Like?

Many birth mothers Dr. Madden researched felt that they did not fully understand, nor were they told, the impact their decision would have on every aspect of their lives, including their relationships with family, friends, future spouses, and other children. Microaggressions were a source of frustration for some birth mothers. Well-intended phrases such as “you’re so brave” or “you’re so selfless” sometimes had an unintended effect on a birth mother, who may have felt the opposite. Harmon received judgmental comments regarding her decision. Living in a more conservative area in Georgia, she actually hid the pregnancy from many loved ones, including her father. “I had to deal with thinking, ‘Am I a bad person for not being able to care for my child?’” she explained.  But she knew she wasn’t and that, ultimately, she was “doing something for the betterment of someone else.” Before she gave birth, Harmon was terrified she would come home from the hospital and break down. But after she relinquished her daughter, she felt relieved, especially because she received constant updates from the adoptive parents. Feeling relieved is not uncommon for birth mothers after an adoption. In a four-year longitudinal study analyzing the well-being of birth parents in the adoption process (PDF, 477 KB), External link  researchers found it was more common for birth mothers to experience relief than sadness after an adoption. For Harmon, relief came from knowing her daughter was in safe, caring hands and would have more opportunities in life.

Go to a tabular version of data at the bottom of the page to learn about the emotional responses of birth mothers after an adoption.

But every birth mother’s experience is different, and healing is not linear. Dr. Madden encountered birth mothers who experienced grief and loss years after the adoption, even if they were fine in the immediate aftermath.

“It would be very common that birth parents would not just need services for the period of time when the placement happened, but may also seek services months or years later,” he explained.

Certain milestones and life transitions, such as the anniversary of the adoption placement, Mother’s Day, or the birth of a subsequent child, can feel like a wound that can trigger difficult emotional responses. Nobody should assume the mother is over it, Dr. Madden cautioned.

What Role Can Adoption Professionals Play?

Adoption professionals can play a key role in supporting expectant and birth mothers at any point. Hanlon said professionals can help expectant mothers think through the short- and long-term implications of their decisions and provide counseling services, including after the adoption. Professionals can also educate expectant mothers about the different types of adoption, helping them decide to what extent they want to be involved in their child’s life, if at all. Those types of adoptions include: Open Adoption: Birth parents share contact with adoptive parents, and the level of openness can extend to phone calls, texts, and/or visits. Semi-Open Adoption: Birth parents have some contact with adoptive parents, but an adoption professional typically handles the communication. Closed Adoption: Birth parents have no contact or information shared with the adoptive parents. According to a Children’s Bureau study on the impact of adoption on birth parents (PDF 369 KB), External link  birth parents in an open adoption have greater satisfaction with the adoption process and better postadoption adjustment. But Dr. Madden’s research found that while the birth mothers in her study received strong support from adoption professionals before and during the adoption process, support sometimes tended to fade in the months after the placement. Hanlon said it’s important for birth mothers to be vocal with those adoption professionals about wanting more contact beyond infrequent check-ins. Birth mothers can find support and reassurance by staying informed and communicating openly with those in their adoption circle and professionals who can advocate for them throughout the process, assisting with:

Setting clear expectations. Boundaries may need to be drawn for all parties involved.

Setting up interviews and meetings. Video interviews allow all parties to discuss important issues like parenting styles and values to ensure families are a good fit.

Reframing the parenting role. Birth mothers can define their parental status in whatever way works for them. “It’s not that she’s not our daughter anymore,” Harmon said. “She’s just being raised by another family, and we have a different role.”

Making relinquishment a memorable experience. Relinquishment doesn’t always need to be painful. Taking photos together, writing a letter, or giving a present are all ways to help celebrate the moment.

How Can Friends and Families Support Birth Mothers?

Support doesn’t have to be limited to professionals. Friends and family can be important sources of comfort. During her pregnancy, Harmon found that the people who knew about her decision tended to tiptoe around the subject.

“I wish they were more aware that I was going through a lot with being pregnant and knowing that I wasn’t going to actually be able to experience [raising] a kid,” she explained, noting that she would have appreciated more check-ins.

Dr. Madden suggests that friends and family use containment, a skill in listening that’s taught to social workers. Containment requires actively listening. The listener provides support without acting on the natural impulse to give advice or offer suggestions. Friends and families can use this technique to become more mindful of what the mothers are experiencing. It can also mitigate any shame or stigma the expectant and birth mothers may feel surrounding the decision.

1
Recognize how difficult the decision-making process is.
2
Don’t pretend the adoption isn’t happening.
3

Give them the space to make their decision.

Let them discuss what they’re willing to talk about.

Don’t try to solve a problem.

Taking the time to be considerate of expectant and birth mothers and their experiences can make a difference. Even if the mother leans on one or two people for support (for Harmon, it was her boyfriend and brother), it’s important to provide that outlet for them to freely express their feelings and feel less alone.

At the end of her time at the hospital, Harmon dressed her newborn daughter in her going-home outfit: a tiny pink cardigan with rainbows and hearts on it. The birth parents and adoptive parents took photos together before leaving the hospital together.

“I hope that everything goes as well as possible for my daughter,” Harmon said. “I hope she understands that I’m doing this out of love more than anything.”

The following section contains tabular data from the graphics in this post.

Source: Evan B. Donaldson Adoption Institute, “Safeguarding the Rights and Well-being of Birthparents in the Adoption Process,” External link  November 2006 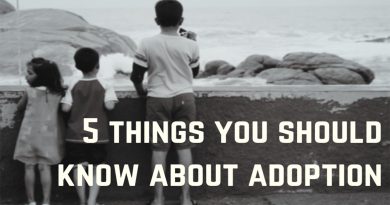 5 Things You Should Know About Adoption 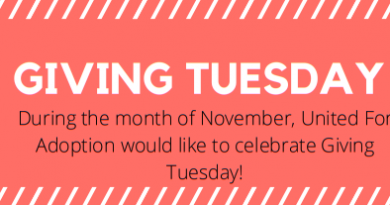 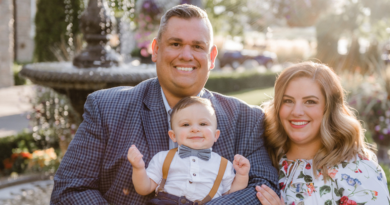 Are you hoping to adopt?

Let me introduce you to a social butterfly, Ryker!

Kaydreanna is an extraordinary girl to know!

Pregnancy Termination is Your Choice, but Remember Adoption is an Option

Is Adoption Still an Option for Me? A Birth Mom with Alcoholism